Bilkis Dadi and the Hypocrisy of Western Media 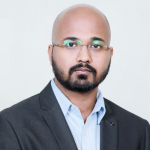 Well, the western media has done it again. The Time Magazine list of the 100 Most Influential People was put out in the public domain last week. The list included 5 Indians: PM Modi, Ayushman Khurana, Prof. Ravindra Gupta, Sundar Pichai, and Bilkis Dadi of the Shaheen Bagh.

The habitual hypocrisy of Time Magazine supported by the fake news peddler Rana Ayyub reached another level in the essay written for Bilkis.

There are two aspects to this, the role of Rana Ayyub and the role of Bilkis Dadi. Let’s start with Rana Ayyub, the journalist who wrote the essay. Rana has been actively involved in publishing fake news and portraying the Narendra Modi-led BJP Government as ‘Anti-Muslim’.

In 2019, she tweeted in her style that RSS people were attacking Muslim localities in Muzaffarnagar and Kanpur. She compared this to the ‘initial days of Gujarat 2002’. Calling out the bluff, the UP Police later denied any thing of this sort has happened and advised her to do ‘responsible reporting’.

Recently in March 2020, she posted a photo on twitter saying. ‘Punishing the labourers for leaving the lockdown. Cry my beloved country’. Soon it was clarified that they were not the migrant labourers, but normal people who were violating the lockdown rules. (You can read more about this here)

Anyone with a rational mind knows how deeply involved Rana Ayyub is in peddling fake news. It comes as a shock that a reputed news organisation like the Time Magazine provided her a platform.

Now that we have understood the credibility of whatever Rana writes and reports, let’s talk about the role of Bilkis Dadi. She got featured under the ‘Icons’ category of the list. In the essay, Rana writes that Dadi Bilkis “had been sitting there [Shaheen Bagh] ever since Indian Prime Minister Narendra Modi’s government passed the Citizenship Amendment Act, which could block Muslims from citizenship in the country”. I hope there is no need to explain that the ‘blocking Muslims from Indian citizenship‘ part about CAA is absolute crap and a blatant lie.

I appreciate an 82-year old woman sitting at a protest but let me get your facts straight, even the India Against Corruption movement was being led by a 78-year-old Anna Hazare. Anna was never featured in the Time Magazine under the ‘Icons’ category, despite being a real icon. He was just ‘people who mattered’.

Ironically, the essay and the nomination distinctly ignores the Delhi Police chargesheet, filed in the court, that states the Shaheen Bagh women were paid ‘daily wages’ to sit in at the protest, and were used as ‘gender covers’.

You can read more about the Delhi Police chargesheet here.

The Delhi Police chargesheet continues to state that the women, including Bilkis Dadi, were used as a ‘secular cover’, ‘gender cover’, and ‘media cover’ in order to include nation-wide support and response.

The essay also says that Bilkis Dadi and Shaheen Bagh ‘became the symbol of resistance in our nation’. Well, this is the same Shaheen Bagh where pro-Pakistan slogans were raised and ‘Jinnah Waali Azadi’ was demanded. In another anti-CAA event, which marked the presence of AIMM leader Akbaruddin Owaisi, ‘Pakistan Zindabad’ slogan was raised.

Is this the ‘symbol of resistance’? You don’t agree with a bill in India so you start shouting ‘Pakistan Zindabad’? Is this how democracy and freedom of speech work for you?

The ‘icon’ and ‘symbol of resistance’ Bilkis Dadi might not be the hero you should really look for. What hits me the most is the audacity of International Media houses like TIME to publish fake news and the inability of check misinformation reported on their website.