e-Sports: Career and its Scope 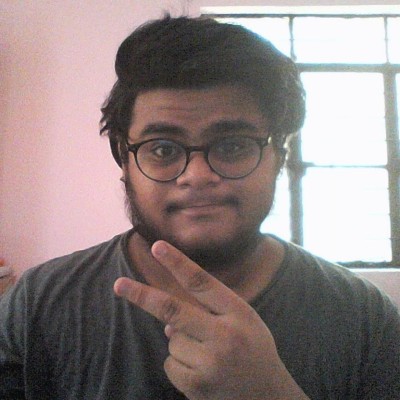 Games and recreation have always been a major part of our lives. Whether be it the Olympics, the ICC world cup, or the FIFA. Kids as well as adults enjoy playing games like football, cricket, volleyball, basketball, and so on. This amazes some people so much that they decide to play these games for a living as sportspersons. Till now, all of us know that people play these games at several national and international championships and competitions representing their institute, district, state, or country. But very few of us know that there remains another less explored career called the E-sports, which involves some digital means of playing and competing with other players around the globe and earning fame as well as money. In this article, I’ll be explaining about E-sports and some other related topics.

E-sports, also known as electronic sports is an internationally organized competition in which players compete with each other globally via video games either individually or in team mode. The first-ever E-sports championship was organized by the famed game company Nintendo in the early 1990s called the ‘Nintendo World Championships‘. In this championship, the players played the first-ever one-on-one 2D game called the ‘Street Fighter II‘. The Finalists were awarded a trophy, US $250, and a trip for two to the World Finals at Universal Studios Hollywood in Los Angeles, California. Since this championship was a huge success, Nintendo decided to organize a second championship in 1994, named ‘Nintendo PowerFest ’94‘. This time the winners were awarded the ‘SNES‘ or the ‘Super Nintendo Entertainment System‘ and some cash prizes. This was the official initiation of E-sports championships for skilled and hardcore gamers continuing its way to the modern FPS multiplayer games and Battle Royale games as of now.

Effect of PUBG ban on e-Sports?

Among these modern games, Player Unknown’s Battlegrounds(PUBG) Mobile is the most famous and beloved, first-ever battle royale game in India which came to mobile phones. People started loving this game so much that tournaments started organizing in which the winners were to be awarded cash prizes. Not only that, but the players used to stream this on YouTube and other similar platforms. But recently, the central government decided to ban 118 more Chinese apps including this game, as Tencent games Corporation is a Chinese company. This decision caught the gamers, streamers, and the E-sports organizers off-guard. According to the reports by GamingMonk, 700 PUBG tournaments that were to be scheduled the following month were canceled due to the ban. In these tournaments, over 30,000 players competed in each of these tournaments. Also, according to a survey report, 24% of the total PUBG players in the world were Indians. Due to this ban, PUBG faced a loss of 17 million dollars. If we talk about the effect of this ban on E-sports, nothing is lost in the world view, but if we talk about India, PUBG was the only E-sports game that was played the most. So we can say that the base of E-sports is pretty much ruined in India.

: Now since PUBG is banned, players might want to switch to some other similar genre games. Here are some popular ones-

COD Mobile is a free-to-play shooter video game developed by TiMi Studios and was published by Activision. This game was released on October 1, 2019. COD Mobile includes both Multiplayer and Battle Royale modes. This game too was able to gain popularity very fast. Being a COD Mobile player myself, I can say that this game is pretty awesome.

Fortnite Mobile is a similar genre game. It has 4 game modes: Battle Royale, Party Royale, Creative, and Save the World. This game was launched by the Epic games on April 2, 2018. This is a great game too, but the only problem is that it requires more storage space, like 8 GB.

Free Fire is the ultimate survival shooter game available on mobile. Each 10-minute game places you on a remote island where you are pit against 49 other players, all seeking survival. Players freely choose their starting point with their parachute and aim to stay in the safe zone for as long as possible. This game was released by Garena on September 30, 2017. Coming with a bit poor movement and tactics, this game requires even lesser storage space.

Some Famous Tournaments and Winners

Some famous tournaments based on E-sports and latest winners are-

Future of e-Sports in India?

In India, the base of E-sports is building right now. Indian parents consider games as a waste of time, money, and skill. Very few are aware of these E-sports and the tournaments. So, supportive parents in this field are very less, who will support their children in progressing through this career. A person in India can easily earn anywhere between Rs. 50,000 and Rs. 2,00,000 per month with a career in E-sports. This earning directly depends upon the skills and strategy of the individual and the way he/she plays. It is the parents’ responsibility to spot the potential in their children and help them in developing their skills. Also, they should make sure that their children don’t get addicted to the game, because in E-sports, not addiction, but skills and performance matter the most as E-sports tournaments seek for these qualities and not addiction. For the proper advancement in the field of E-sports, many thoughts and beliefs have to be modified and adapted to the present world scenario of the options available as a career.

I’M A MUSIC LOVER WHO LOVES TO SING AND PLAY GUITAR…I WRITE ARTICLES IN AN EASY WAY TO GIVE MY OPINIONS ON VARIOUS TOPICS, TO INCREASE MY KNOWLEDGE, AND TO KEEP YOU ALL UPDATED🤗