The Indo-Pak war between 1965 to 1971 was a tough time for India both for its people and its economy. Not only had both the nation fought with aversities but the period also led to migration of thousands of people across the border. Thousands of people left India leaving behind their properties to settle in Pakistan or China. This led to the origin of something called the “enemy property”.

What exactly is “enemy property”?

While the India-Pakistan war was on take, there was migration of citizens from India to Pakistan or China. Such migrants left behind their houses, companies and properties in India (Some movable items are also included). Hence, under the Defence of India Rules framed under The Defence of India Act, 1962, Indian government took stakes over such properties left behind by the migrants.

The official data by the government states that there are a total of 9280 such properties left behind by the Pakistani migrants. Also, there are 126 properties left by people who migrated to China after the 1962 India-Sino war. The approximate cost of these properties are summed up to be worth of 1 lakh crore.

The Tashkent Declaration of January 10, 1966 included a clause that said India and Pakistan would discuss the return of the property and assets taken over by either side in connection with the conflict. However, the Pakistani government disposed all those properties of their nation in 1971.

How has the Indian Government dealt with enemy properties?

After the end of the war the Defence of India Act ceased to function. In 1968, The Enemy Property Act was enacted to administer those properties. The act powered the Custodian of Enemy Property of India to manage such properties.

The Parliament of India passed The Enemy Property bill in 2017 to bar successors of migrants from any claim over the properties left in India. In the bill (amended) of 2017, the enemy property was defined as “…including his legal heir or successor, whether or not citizen of India or the citizen of a country which is not an enemy or the enemy who has changed his nationality.”

In 2018, The Union Cabinet, headed by Prime Minister Narendra Modi, gave approval for the sale of shares which are a part of enemy property. The guidelines were to be framed with the consultation with agencies of Revenue departments.

Such properties that cost around a lakh crore is lying dormant for decades. Sales amount may be used for development and welfare programmes. There are a total of 4,991 enemy properties in Uttar Pradesh, 2,764 in West Bengal, 487 properties are said to be located in Delhi and around 57 and 7 in Meghalaya and Assam respectively. 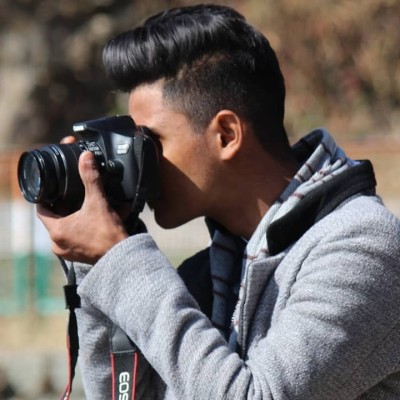 Vikash Jha is a student of Chandigarh University. He's an avid reader, amateur writer and travel photographer. He loves to write about what he captures through his lens.
vikashjha3107@gmail.com