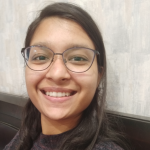 With the coming elections, free politics have been started. A net to trap citizens on the greed of “free” has taken its root in Punjab elections. Priyanka Gandhi also has now become a participant of the freebies politics including AAP leader Arvind Kejriwal. Therefore, Congress, Shiromani Akali Dal, and BJP all are in one frame for the 2022 elections.

Freebies work as a manipulator for the voters. This practice has been originated from Tamil Nadu politics and has now spread all across India. It is a form of offering something for free whereby parties try to trap the voters by promising to provide free electricity, laptops, phones, bicycles during the election. Some surveys also claim that parties even offer helicopters and tours of the moon in a greed to get the maximum seats. People often argue about its being social welfare or terribly affecting the citizens of the country, is it really helping the poor to eradicate poverty?

Race of freebies in Punjab elections

AAP had announced the supply of free electricity for all up to 300 units, a promise to waive all inter- domestic bills, and a commitment to provide 24 hours electricity in the state. The party has been playing the same game of freebies in Punjab as well.

Says that there is a Nexus between Punjab government and power companies, this Punjab chief minister Charanjit Singh Channi says that this is another attempt of a party to fool the people of Punjab as they failed earlier also.

On the other hand, spokesperson of S.A.D adv. Harish Rai Dhand chairman of Punjab public service commission also says “it is an impractical approach of Kejriwal”.  With the Akali dal and BJP involved in the farmers protest, Kejriwal sees it as a great chance to win in Punjab.

In one of the debates, AAP MLA Atishi was asked that despite offering more freebies in Delhi elections than AAP party BJP lost so, what’s the guarantee that AAP will win the elections of Punjab?

To which she replied that  “AAP party has delivered on its governance promises it has done what it has said becoming the only government to do so.  In 2013, the first elections were conducted during  Sheila Dikshit being in power but Arvind Kejriwal made it possible to half the bills of electricity which neither of the people has even thought of, and by the end of the first tenure not only the electricity bills were halved but also the electricity was free up to 200 units”.

Whereas,  Rahul Shrivastava, National Affairs Editor said that larger parties are getting discredited. According to him, people are looking for an option, BJP by allying with akalis couldn’t create that space for itself because it didn’t have the cadre. So, there is a possibility for AAP as it has a cadre.  He further adds by speaking the figures of the electricity whereby, denoting the need of the free electricity he says that 17000 crore subsidy is paid by Punjab state consisting 10% of its total budget, debt is 2.65 lakh crore and already farmers,  industrialist are being provided with the subsidy which means already freebie is given to Punjab despite being a dire state economically. So, as far as the culmination of the strategies points, Amarinder Singh has got a strong opposition party as AAP is also on a winning angle.

Priyanka Gandhi has also now become a participant of freebies politics in upcoming UP elections to attract women of UP Priyanka uses the “Ladki hun, Lad Sakti hun” slogan. Free scooty and smartphones by congress to all the women is a promise by Congress. Intermediate girls with smartphones and graduate girls with electric scooties will be given. Whereas, Yogi Adityanath government has announced the free tablets and smartphones for the youth and free-ration to the poor till the march next year.  Yogi also promises to distribute free laptops to the students passing with above 65%  marks and students of polytechnic, higher education, and technical education would also be provided with the tablets claims Yogi Adityanath. Estimate says, 3000 crore would be spent by the government if the promises will be fulfilled.

Akhilesh Yadav has also not backed in free politics. During the tenure of 2012-2017 he had given 18 lakh laptops and 100 laptops to students of different boards. SP has claimed to be the most faithful party among all to fulfill the promises for the citizens.

In a rush to outdo each other parties are luring the Indian voters. Freebies politics has now become the part of Indian culture-free water or free electricity isn’t now sufficient, with the passage of time political parties are also inventing new ideas, as for example: in Telangana party has promised to provide a pick and drop facility with a food facility on the day of the election, if voted for that particular party. So, the freebies are being the game-changer for the win of any party and are gaining momentum in changing the perspective of the voters.