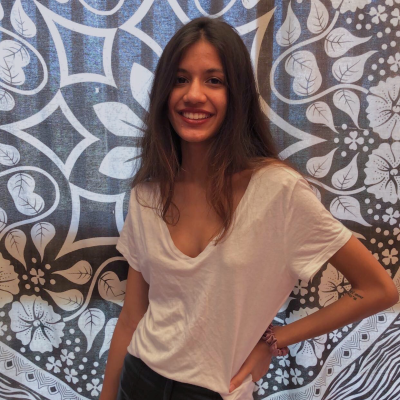 Justice to one or injustice to another?

There is an urgent need for Gender Neutral Society. Equality should be in real terms, not just in our thoughts and books. Male or female should become only a matter of words, in our conscious mind, both should be the same, with equal rights and equal duties.

Who would have thought the laws whose very purpose was to protect one from discrimination shall themselves be deemed discriminatory in nature. Before getting into the core of the subject, let us first make clear what is gender neutrality and thereby what are gender-neutral laws. Gender Neutrality is the idea that policies, language, and other social institutions such as gender roles and gender identity should stop distinguishing as per one’s gender or sex. One’s sex or gender is no way the hallmark or doctrine to follow a certain set of rules or the roles. Likewise, Gender Neutral Laws are laws that do not discriminate one in providing trial and justice on the basis of their gender.

Now, you might be wondering how can laws discriminate on the basis of gender; they are the most sacred, fair, and just institution humankind has ever developed. As much as we all want to believe it, so is not the case. Even at the dawn of the third millennium, our judicial system is not advanced enough to provide justice with a blind eye (what an injustice to the blind justice lady). According to the author and advocate Flavia Agnes, “gender neutrality lies on the presumption that by neutralizing the law to be victim and perpetrator neutral the offense of rape will be desexualized and the stigma attached to the offense will vanish and if the reforms take place they will be injurious to women and that the basic and primary problems will not be highlighted.”

Not that all laws are unjust and discriminatory (at least in India) however, there are a number of laws that do not provide equal justice to all the genders. Below is the list of such discriminatory laws to provide you all with some concrete insights: –

1. Only a man can be booked against adultery charges –  As per the section 497 of the Indian Penal Code, if a man indulges in sexual intercourse with the wife of a friend or acquaintance without the permission of the husband, the man is guilty of the offense ‘adultery’ under which he can be imprisoned for a maximum period of 5 years. But, wait! What about the woman? Well, according to the court of law a woman is incapable of making sexual choices therefore she can neither be punished nor is guilty under the law’s eyes.

2. Consent of a girl under 16 not valid for sexual intercourse – According to clause (6) section 375 of IPC, a woman under sixteen is considered incapable of giving consent for sexual intercourse and hence the guy even if of the same age would be liable for rape charges if accused.‘Let a hundred guilty be acquitted, but one innocent should not be convicted’ these are the very words of our own judiciary. What should we call these laws then, hypocrisy?

3. Section 498A, Dowry Prohibition Act – This section states that the mere demand for dowry is a punishable and unbailable offense. It was done so to make dowry law all the more stringent so as to eradicate the ill practice from the society. However, the law does not ask for any pieces of evidence before the arrest to prove if the demand of dowry has been made. The very law which was brought to empower women is being used by women to overpower men. So, remind me again if the saying was ‘innocent until proven guilty’ or ‘guilty until proven innocent’?

4. Legal age of marriage – As per the Prohibition of Child Marriage Act 2006, the minimum legal age to marry for men is 21 years whereas for women it is 18 years. Both the individuals are equal except for their biology so why this discrimination overage? It’s high time the Indian judiciary needs to reassess its age-old laws and bring the much-needed change.

5. The Trans gender’s Act, 2018 – This bill was supposed to be progressive and fair to the trans community. However, it came out to be the opposite. As per the act, any sexual misconduct against any trans person will lead to imprisonment of 6 months which can be extended till 2 years. However, in the case of women, the same sexual violation amounts to a sentence of a minimum of 5 years. Progressive and fair? Not really!

And this is not it, you might get astounded to know that there does not exist a single law to protect sexual harassment against men. In other words, the Indian judiciary refuses to believe that even men can be sexually violated. If this doesn’t worry you, I am not sure what will.  Indian Constitution and judicial system, from the very beginning, are credited for being liberal and protecting the rights of its citizens irrespective of gender. I feel that there is a growing need to bring in strong legislation that protects all the persons equally focusing on the nature of the crime as well as laws against false complaints and misuse of law causing unquantifiable miseries to innocent victims. Feels like it’s time to go back to the basics.

After all, Article 14 of the Indian Constitution does state– “The State shall not deny to any person equality before the law or the equal protection of the laws within the territory of India.”