Would you believe me?

Sitting in the dark, a lone figure writes in their diary. The only light that enters the room is silvery moonlight, through the window. With tears streaming down, the person writes of a nightmare, no one should face alone.

I got hit again today. I keep telling myself this the last time, must have happened because I did something wrong but, even to myself I end up sounding like a cliché. I don’t understand what to do, sometimes I still don’t believe it. I think this is all just a horrid dream and when I wake up I will be back to the first months of our marriage where we were blissfully happy.

But I’m afraid I am only fooling myself again. It’s been 5 weeks, 8 days, 13 hours, 23 minutes, and 20 seconds. 9 times, yes I’ve counted that too. How do people hide their faces so well behind the mask, that they convince themselves the mask is who they are?

I ask myself if I’m talking about myself or the love of my life?

Why do I delude myself that this reality will change if I endure it just a little bit longer? But, then again it did change a bit, today after all was different. It doesn’t matter that it only changed for the worse, it did change. Maybe, I can gather some courage and show the society what my actual life is, I could get out. Besides, how can it get any worse? I am already broken.

Some things were made just to be broken. Like piñata at a kid’s birthday party, or a piggybank, plump and pink with filled with coins. Things that people smile and laugh when they break it. I think about how my life will change if I report the abuse I face at home. Will they help me? Will they even believe me?

As I sit here in the dark on the cold floor of my bathroom, with tears streaming down my face and the sound of water dripping down the faucet, I look back on the time I tried to tell my father what was happening in my life. He looked at me with understanding eyes “He believes me, it will all be okay. He will save me” I thought. I began to hope, “All parents are supposed to protect their children, right? Yes, it will be okay.” He looked straight in my eyes and said not to worry, that it will pass. “All couples fight in their marriage. It’s not unusual to accuse your spouse of things when you are angry, it’s good that you told this to me. I understand, I accuse your mother of things when we fight too. Just go home and reconcile.”

NO, NO, NO. I wanted to shout in his face, but looking at his expression at that moment, I knew he would not believe me.

Now, I ask myself if my father didn’t believe me who would? I take a deep, desperate breath. I know what the only way out is but, sitting here experiencing a cocktail of emotions and feelings, I am shivering. Not from the cold. I can barely feel the cold anymore. I am hearing a crescendo of noises and yet bone-chilling silence.

Who would believe a man saying he is abused by his wife at home? They would just laugh at me. What a weak excuse for a man I am. There is nothing else I can do, it’s not like there are many laws to protect me. This way it’s at least my choice. Let’s stop here.

Maybe in the next life,

When things are different,

I will write again.

Be honest, you also assumed at first that the victim was a female right? Up until the last paragraph of the diary, you didn’t even think that the female was the perpetrator. Despite being male the plain truth is that another victim falls, not because of the assault but because there was no way to escape the assault. After coming all this way, fighting great wars, and making revolutionary changes, why does humankind always gets stuck on gender? Why can’t we see things as they are? Why always man and woman? Why not just Human?

The Oxford Dictionary describes “Gender Neutrality” as an adjective that is suitable for, applicable to, or common to, both male and female genders. It describes the idea that policies, language, and other social institutions should avoid distinguishing roles according to people’s sex or gender, and emphasizes on the equal treatment of men and women legally with no discrimination.

As Section 498A of the Indian Penal Code stands, domestic violence is also something that only a man can do to a woman. Whether it’s at the hands of the husband or male live-in partner or his relatives, the male is always the perpetrator. The law extends its protection to women living in a household such as sisters, widows, or mothers but that’s it.

Is the idea that even men can be a victim and even women could be the miscreant so bizarre that we can’t even contemplate it??

The National Coalition Against Domestic Violence reports that one in three women will be a victim of some sort of physical violence by an intimate partner within her lifetime. Okay, that’s genuine, but have we ever even tried to see another side of this? Because the same report also reads that that one in four men will also be a victim of domestic violence.

“Men are not looked at as victims,” said an anonymous victim. “People say, ‘A woman can’t hurt you. Pick your head up off your shoulders. Oh man, that’s nothing.’ But it’s not nothing!”

Domestic violence against men can take many forms, including emotional, sexual, and physical abuse and threats of abuse, and just because it’s done males doesn’t make it any less valid. Neutrality concerning the perpetrator- the reality that even women can be the perpetrator of such crimes is bluntly ignored by the Indian society as well as the judiciary and executive. Instead of trying to empathize with the victim, people laugh in their faces, but only if the victim is male. For female victims, on the other hand, society has become sympathetic towards the. The very law which was brought to empower women is being used by women to overpower men. So, remind me again if the saying was ‘innocent until proven guilty’ or ‘guilty until proven innocent’?

What’s the use of fighting for equality when the law itself isn’t equal? Our society is broken, let’s not hide the cracks, but fill it with beauty. Like the Japanese technique Kintsugi. Let’s do more than #MenToo, let’s be accepting and non-judgemental. 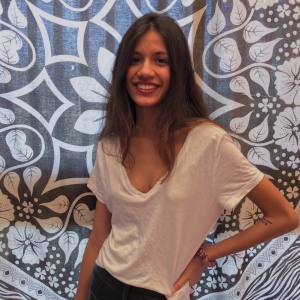