In the year 2016, I was at the peak of my social media game. I spent tremendous effort curating and posting content multiple times a day eventually corralling students spread across 4 states in India who searched and posted on the web every hour as part of their internship/jobs. A typical day started with scrolling several Instagram feeds, bouncing from account to account, tweet to tweet, post to post, scanning innumerable videos and stories, being on the top of the latest memes, and getting the latest news updates from various apps.

My app notification was always on, and so was my personality. I was, what we might call now, ‘living-in-the-web’. Yes, the rewards were lucrative, a larger audience to interact with, social media campaigns for my NGO – Wake Up India Foundation crossing the 10 Lakh unique users mark, and most importantly a stream of insights to measure my success using data points. It was a constant source of dopamine bath for my ‘online social media activist’ ego.

The year 2016 marked another important event in India. Reliance unleashed their telecom disruptor service- Reliance Jio. The company commercially launched its 4G services offering free data and voice services across India. This was eventually followed by almost all the major telecom service providers in India. This revolution made sure that internet penetration grew from 198 million in 2014 to 355 million in 2016.

As more people stood in queues and purchased smartphones, they were instantly connected to a stream of content, forcing them to absorb and integrate the online outpouring relentlessly. Twitter arose as a form of microblogging on the fly, Facebook introduced the concept of Free Basics, another app TikTok introduced a short-form video feature – and with all this came the never-ending, always-updating intermittent feedback.

Also Read: How Intermittent Feedback is Reducing Our Attention Span

The Loss of Human Consciousness

In Silicon Valley, another interesting event happened in 2016. Andrew Sullivan, blogging pioneer and journalist, published an essay in the New York Times Magazine. Andrew had an ‘audience of up to 100,000 people a day; a new-media business that was actually profitable; and a niche in the nerve centre of the exploding global conversation.’ Andrew was always ‘ahead of the curve’, ‘re-inventing himself as a writer in the age of the internet. However, he was not able to reinvent himself as a human being.

Andrew’s essay was a 7000-word mediation on the epidemic of digital distraction and his attempt to ‘cure himself’ after famously ending his 15-year blogging career. His tone was alarming, ‘An endless bombardment of news and gossip and images has rendered us manic information addicts. It broke me. It might break you, too.’

Six years down the lane, the reality is bleaker than what Andrew cautioned us. People who joined these social media platforms to stay in touch with friends across the country ended up being unable to maintain an uninterrupted conversation with a friend sitting across the table. The deep face to face interaction among teenagers got replaced by the current obsession to maintain Snapchat streaks with their friends – as a long unbroken streak of daily communication is a satisfying confirmation that the relationship is strong. This urge for dopamine release got so strong that it started making us use smartphones compulsively, even in the most inappropriate (think: funerals) or dangerous situations (think: behind the wheel).

We need to step back and ask what we really wanted out of the rapid advances of the past decade. We didn’t sign up for the digital world in which we are currently entrenched. We are being increasingly dominated by their influence, allowing them to control more and more of how we spend our time, how we feel, and how we behave.

The term ‘constant and compulsive use’ is not an exaggeration. A 2015 study by Common Sense Media found that teenagers were consuming media 9 hours per day on average. Another study claims that young adults were picking up their phones 85 times a day. Most of these interactions were for less than 30 seconds, indicating habitual behaviour.

A separate study by British psychologists suggests that young adults use their smartphones roughly twice as much as they estimate that they do. In the words of Dr Sally Andrews, the lead author of the study: “The fact that we use our phones twice as many times as we think we do indicates that a lot of smartphone use seems to be habitual, automatic behaviours that we have no awareness of,”

This compulsive use has become a source of draining negativity for many. This wearing and overuse of smartphones, their ability to reduce autonomy, banish solitude, decrease happiness, stroke darker instincts, and distract from important aspects of life made Andrew Sullivan say, “I used to be a human being’ – that’s why I kept the title of this article same as his.

My Experience with Digital Detox

Starting in 2016, I started practising yearly digital detox. I would close my social media accounts for a few months every year and spend those time connecting with nature and having real conversations with friends.

Why was this necessary? Over the period, I have realised that excess use of social media brings out your inner troll. In an open marketplace for attention, darker emotions attract more eyeballs than positive and constructive thoughts.

I am a calm person otherwise, however, some part of the comments-based conversation on social media makes me say I’ll ruin the other person’s reputation by tricking him into saying something stupid. This started happening so often that it became normal. I saw people start commenting and arguing over a low-value post just to seek attention for themselves.

I started doing things, posting images and videos, writing posts about issues that I didn’t even believe in – just to get a rise out of readers. I wrote stuff that I knew people wanted to hear, or, the opposite, because I knew it would be inflammatory and get the maximum number of reach (including comments, shares, and likes).

Like most social media addicts, I started categorizing people as ‘allies’ and ‘enemy’ so quickly that I ceased to perceive them as ‘humans. I stopped recognizing them as artists, writers, and most importantly friends. I started judging everyone based on the popularity number (followers, subscribers, likes, etc.) assigned to them by the social media algorithm.

Interestingly, all this transformation happened in the span of the last 6-7 years. It was never a part of our daily life. Social media is not a fundamental technology and needs to be taken as such.

As Tim Cook, CEO of Apple correctly points out,

“[Things] existed and thrived for decades without [social media]. If a business is built on choices that are no choices at all, then it does not deserve out praise, it deserves reform.”

Research has shown that smartphone use can impair attention, productivity and memory, dampen creative thinking, increase stress levels, reduce sleep quality and lead to “cognitive errors” like forgetting meetings and walking into people – and this made me define a digital philosophy.

A Philosophy for Technology Use

There are multiple ways to start a digital detox practice. I am writing down a few practices that have helped me over the years.

It would be difficult for the first few days but keep at it. It is said that success is created through the performance of a few small daily disciplines that stack up over time to produce legendary achievements far beyond anything you could have ever planned for. 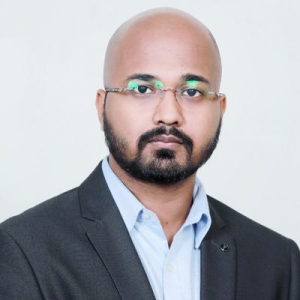